This unfortunately involved an Irish Red Kite which was found dead recently in Vartry Reservoir, Roundwood, Co. Wicklow, Ireland, it has been confirmed as being poisoned with alphachloralose.
The bird, only 14 months old was wing tagged and known as Blue Red 42 was part of a reintroduction project to restore Red Kites to Ireland being formerly extinct in the Country.
For more news on the story – see

It is quite obvious the laws regarding Birds of Prey in this country are not and nowhere near strong enough, trying to bring the culprits to justice is very hard and proving it is another matter, you only have to look at some events in other parts of the British Isles. This Red Kite was found, imagine how many are not, or are ‘disposed ‘off, look at the plight of the Hen Harrier, 1 pair in England an absolute disgrace.

For an up to date view of the amount and levels of persecution Birds of Prey are facing click on Raptor Politics and Raptor Persecution Scotland on the right, both are doing a remarkable and sterling job highlighting the oppression against Birds of Prey. In this modern age it is unbelievable that this is still happening, you have to ask why the Government has not put in stronger measures to stop it.
With recent events including the licensing of an Estate to cull Common Buzzards so that more Pheasants can be shot,( a non native species) it doesn’t give you a lot of faith in the powers that be.

Hopefully they will catch the person(s) responsible for this latest event in Ireland, looking at the photos below is a very sad sight.

Thanks to Jim Wells and Marc Ruddock of the Red Kite Project for allowing me to use these photos. 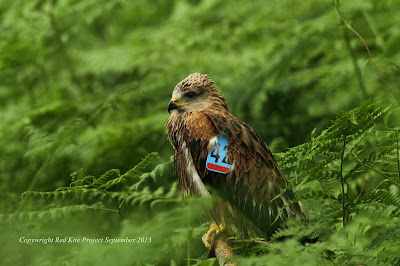 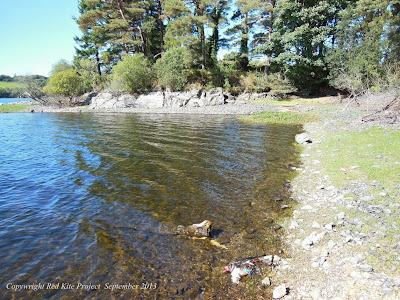 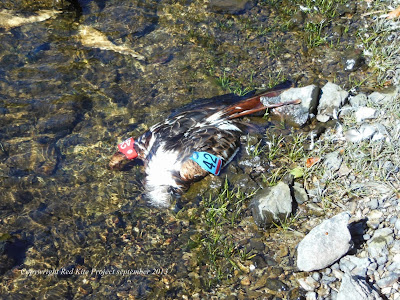 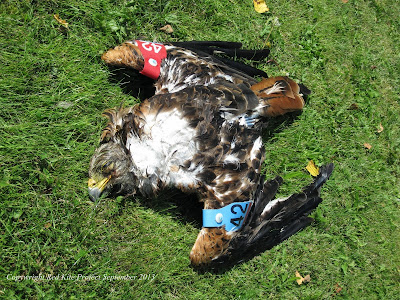 Posted by Dave Morrison at 21:59 No comments:

I think there all getting in on the act of proving me wrong, this one in particular I am very happy to see, she is the female (no 3) I released after grounding and a subsequent visit to the Wildlife Hospital( see A very busy week in June)
Although I did see her on the weekend of July 21st since then I have visited the site on at least 6 occasions and only seen her brother once early on, after this I presumed both had gone. Of course she may well have gone and be occasionally returning to beg for prey, but on observing behaviour the adult Tiercel fed her quite willingly. I have seen adults mantle the prey to keep the juveniles off, the message is clear to the juvenile, time to go.

Whatever it is, it is very satisfying seeing her and knowing that despite her ordeal, and the stress that she went through from grounding, I found out later that she had been grounded for a day and a half, she has come through it. A lucky Falcon considering the abundance of urban Foxes.


Before I know it the time will again come round to clean the nest boxes up, peregrines as some may know are not house proud, boxes are great but they don’t get cleaned out ‘naturally’ by the weather. I usually do them all in January leaving it as late as I can so that they do not mess them up too much again, adults with prey mostly. After removing the old substrate I scrub them all inside with a wire brush, at least 3 this year will need weather coating paint on the outside as some are over 4 years old.

In regard to nest boxes I visited a site a month or so ago, and looked in an area which I know they have a fondness for, low and behold I found an old infertile egg, as peregrines eggs go it is rather pale than the usual rusty colouring.

I will now send it away for analysis, amongst many checks they will look at the thickness of the shell.

My main aim on Tuesday morning was to see if I could refind the 2 hybrids, I have had recent reports from the block they were last seen near of roof activity by calling raptors. Presuming it may well be them or indeed if they are still not present, peregrines, I staked the block out at dawn.
Watching from 6.15am to 7.30am revealed nothing which is when I went to the other site. Hopefully I will pick them up again soon; both are quite breathtaking to watch in flight.

Posted by Dave Morrison at 23:36 No comments:


After recently saying that all of the juveniles have gone from the sites that I cover, to prove me wrong, and not for the first time, a female juvenile made an appearance on Sunday morning.
This is the site where the foster female was released so good to see that one at least was still around, she was ringed so definitely not the foster, John will know of this site as she has an orange ring.

It was quite an eventful morning watching the site from dawn, the adult Tiercel was first out, as per usual first up was clearing the local Crows, this done he settled down to hunt.

I was in luck to see him head out on the first hunt, no doubt on something as he climbed for all his worth, I tracked him with binoculars. Presently another raptor came into view, smaller and more agile than him who evaded his 2 passes quite easily; I was then able to confirm that it was a Hobby. Whether or not he was just being territorial or actually going for it is hard to say, I suspect just moving it on as he would a Crow as he is still pretty territorial. I have recorded 2 male Sparrowhawks personally before from another site and also recorded a male Kestrel so it is not stretching the imagination too much if a Hobby was taken as prey. 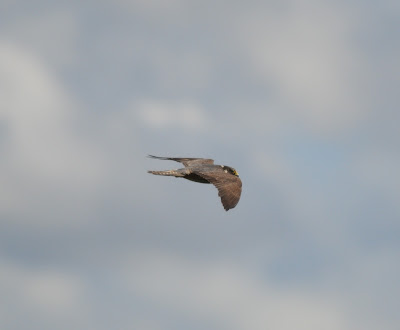 After this he disappeared and just as quickly the juvenile showed up calling, the Falcon was in view, the juvenile female then landed nearby calling for all her worth. It appears that she has inherited her father’s dislike of Crows, no sooner had she landed than she took flight again.

Half a dozen Crows came into view, these were intercepted and scattered to the four winds eventually chasing one and giving it a torrid time before returning. She then claimed the remnants of a kill and proceeded to feed, in all this time the adult female had not moved or attempted to take the prey back. No doubt the juvenile has not left entirely and the adults are still feeding her, it will be interesting to see how long she stays, or how long the adults will continue to feed her. 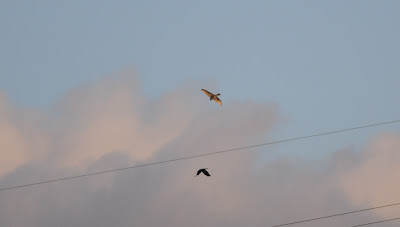 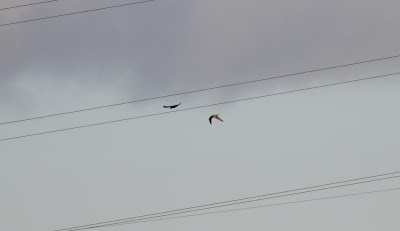 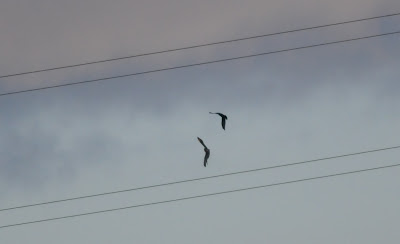 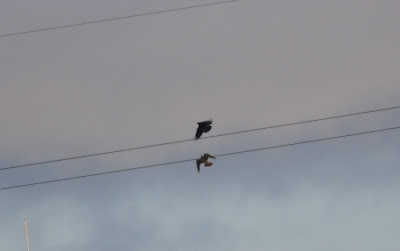 She has some primary damage very likely from a hunt but from observations it is not affecting her flight, I will visit the site again mid-week. 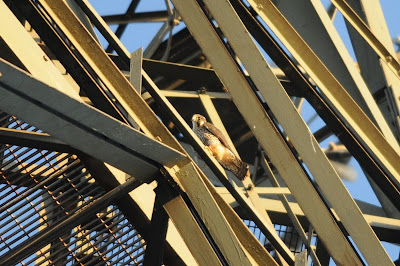 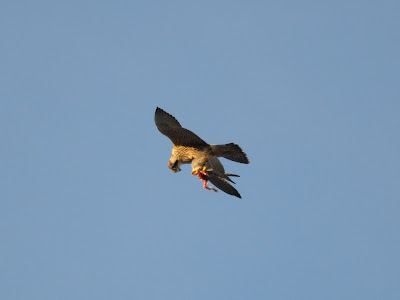 With the current climate involving Birds of Prey a season review should be straight forward, as much as I want to list success/failure of the sites that I monitor, I do question it due to a small minority perhaps using the numbers against peregrines.
I know if people want to find out how many there are in London they will do, in an ideal world I could put the numbers and sites down here without thought or hesitation. Obviously due to the Capitals size and numbers of high rise buildings and structures, it was always going to be a magnet for peregrines, much the same as New York.
I have to say It has been a good year, as I have said in the past, if they all get their act together at the same time I would have my hands full, from recent posts this year you will know, not only were they full but many got their act together.
Of the sites that I can name, Parliament as you know failed; from earlier posts you will know that for some inexplicable reason they changed position on the nest site building. Poor nest site location, exposure and egg rolling was there downfall. The nest building is also due for demolition so it looks as if an alternative site will have to be found. So far they have ignored the nest box on Parliament, there are 2 other buildings that I know they use which are possibles for a new box.
It looks like the building which will replace the current nest site building is not going to be peregrine friendly so unless they accept the Parliament box it’s got to be a new nest box /tray on another building. 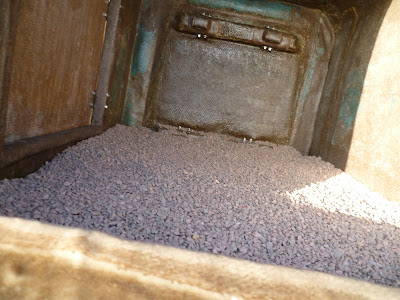 Nathalie’s site at Charring Cross Hospital fledged 3 juveniles but one was lost quite early on but pleased to say the other 2 made it.The real good news is that one of the juveniles has been relocated after leaving the site; it has now turned up in Brighton! A real success story.
Juvenile numbers this year were my highest, 2 broods of 4 were also noteworthy, I am still waiting for that elusive 5 brood in London although I have had one in Kent. This year 3 sites were ringed with the plan next year to ring 4 or more obviously depending on the success rate.

This year has also seen a pair of Peregrines at the centre of a dispute on a Tower block, it looks like there presence and the Schedule 1 laws has resulted in a legal battle between 2 parties, the tenants and the block owner. This is on-going so I can’t comment too much on it.
I was fortunate enough last week to also grab a long weekend away in Brixham, Devon, when time allowed I walked the cliffs in search of peregrines and another target bird, Raven. Raven was seen distantly but would not give themselves up for the camera but I did catch up with an adult female and juvenile male peregrine.
She seemed darker than the urbanite peregrines that I am used to watching but it is possible that this was down to the early morning light. Whatever it was, it was a pleasure watching her thermaling with a number of Herring Gulls with the juvenile down lower, no stress or aggression from either species so no doubt a regular occurrence. Photos below of both. 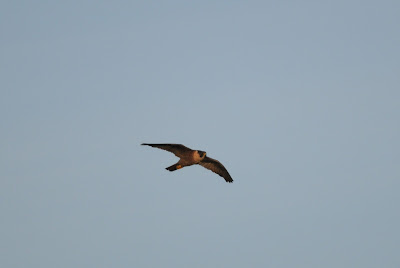 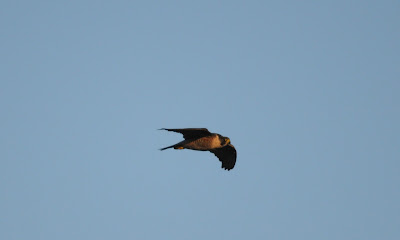 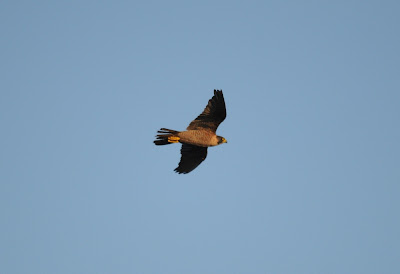 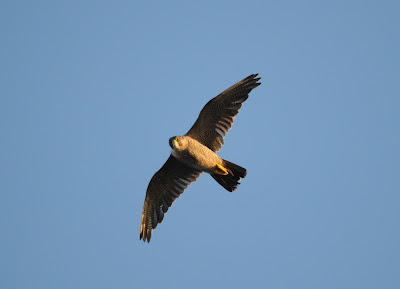 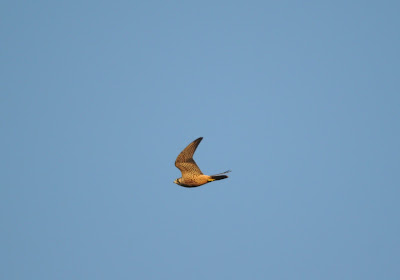 Posted by Dave Morrison at 02:32 No comments: