Below is the latest photo from the site below, as you can see, either layed or about to lay.

More from the Coast


Below is a selection of photos taken at the coastal site referred to in February, as you can see looking very promising for breeding.

I must admit ledge display in a snow filled nest box is a first. 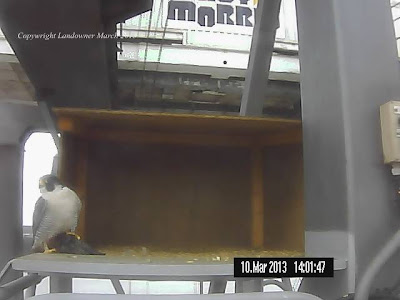 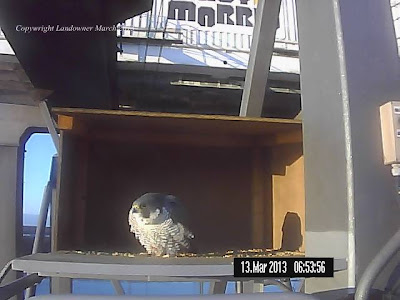 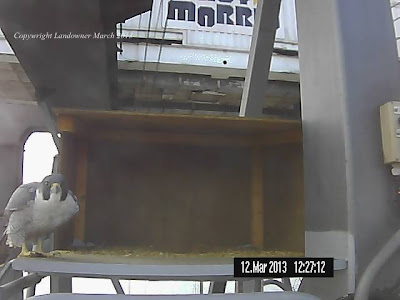 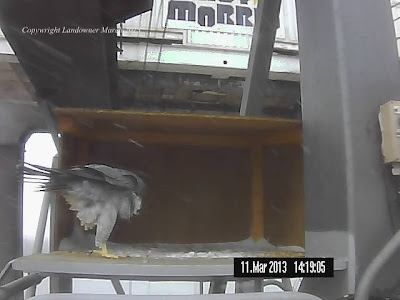 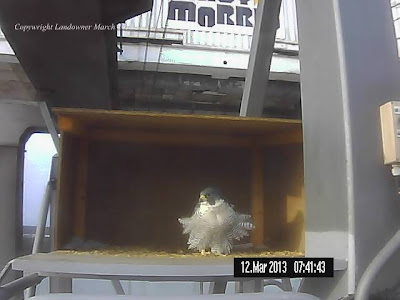 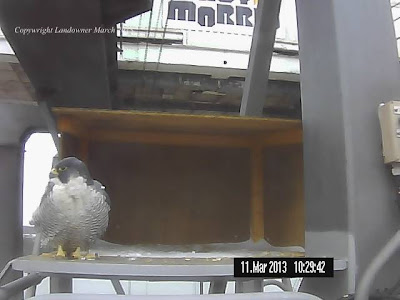 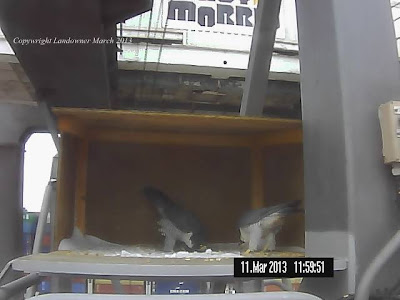 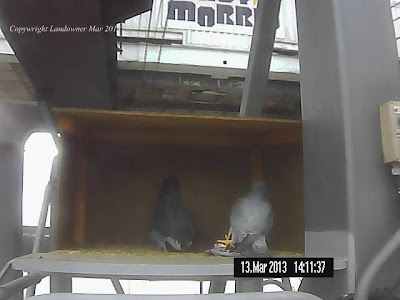 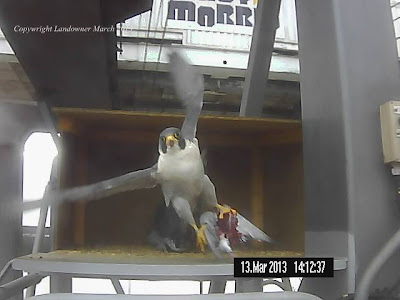 Posted by Dave Morrison at 10:26 No comments:

I managed another look in the morning, both still together with the regular hybrid still doing his utmost to impress what I now suspect to be a female with this much display. Display which, while I was watching for 2 hours was ignored, there was no attempt at ledge display as in peregrines, and the new hybrid, again if a female made no pretence ‘of offering herself for copulation, again as in peregrines.(She) also made no attempt at joining him in the sky. Being hybrids it is hard to gauge what species they obviously are and what fits in as a normal pair bonding routine, is her, if it is a her ignorance of him based on a settled partnership or is the new larger hybrid a male also. 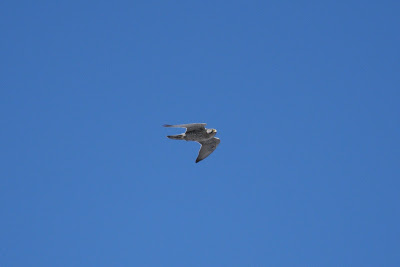 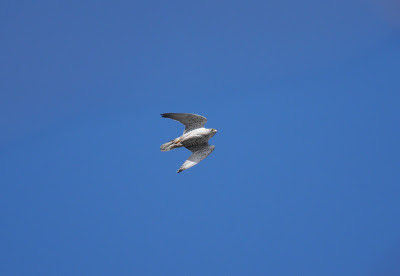 Lots of questions arise and I will monitor them very closely, obviously the main worry is always going to be if they do succeed in breeding, if a pair is what they are, that the juvenile(s) get into the peregrine gene pool, this cannot happen.
Posted by Dave Morrison at 23:18 No comments:

A pair of Hybrids?

After checking Battersea Power Station peregrines this morning, more on them in the next post, I worked my way back checking sites as I went.

On one particular site it looks as if the Falcon could well have laid rather early, I watched her for 67 minutes in her scrape, I reckon she has already laid one or is about to. Very early but I had a pair copulating on December 23rd so within reason with the earlier warm spells.

Moving on from this pair I headed for another, this is an old peregrine pair site which quite recently, the breeding season of 2012, was vacated by the resident pair, this was after successful breeding in 2011.I found it odd at the time as successful nest sites are defended well and the bond and tie should be just as strong the following year, if not stronger, most peregrines pairs in London hold to territory all year round.
One of the reasons that I thought that they may have gone was due to the presence of a hybrid, a cracking looking bird it has to be said, I have been seeing this bird on and off for a few years.

So on arrival this morning you could imagine my surprise when I encountered not one but 2 hybrids, the new one absolutely dwarfing the regular one, another surprise was that the regular hybrid was displaying! The display I found similar to a male Hobby, looking at the regular bird again I am now thinking Merlin/Peregrine hybrid, in display its speed and agility makes you think of Merlin. Without doubt it was faster than a Tiercel Peregrine.

As I have not got a clue as to the sex of the birds it is easy to assume that the regular bird is a male and the bigger new bird is a female, this would account for the display. From what I recall of some hybrid males they cannot breed, not sure this is correct though?

Below is a selection of photos showing the (pair).Click on photos to enlarge 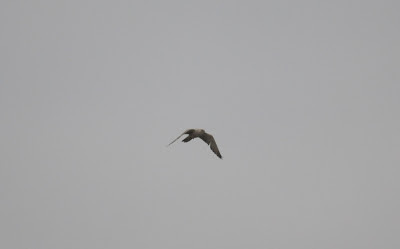 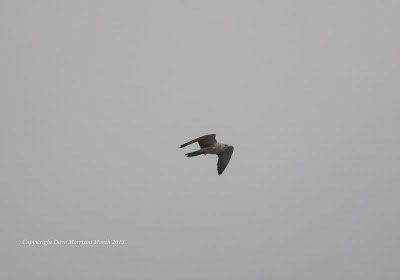 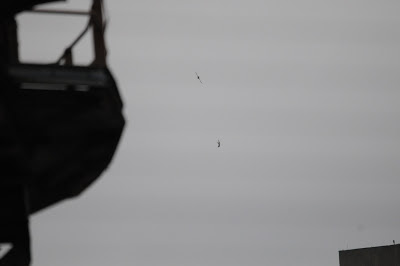 An intriguing pair if that is what they are and I hopefully, with some decent sunshine, will be able to get better shots during the course of this week.