I visited slightly later than my usual dawn visit after previous visits showed them not to be present, if they were, they promptly left. I am pleased to say that they now seem to be present all the time after popping in last week for a quick visit, this visit, as with last Sundays visit showed both adults and a juvenile female still present.


It appears that the 2 juvenile males may have struck out on their own already, they do wander a lot so they could still be in the area, it just seems that they are not at Parliament with the adults unlike their sister.

On arrival on Sunday, around 9.00am, I located the Falcon, Tiercel and juvenile female all laying up on Victoria Tower, both adults looked like they had fed, little by the looks of it from there crops. It looked like the juvenile had not fed due to her persistent calling and begging. Despite this they ignored her, I suspect that they may be trying to encourage her to go .To confirm this the Falcon flew a number of passes in front of the juvenile, possibly trying to entice her out to fly and hunt or it could be that the Falcons bond is now not so strong and she may be trying to edge the juvenile out.

It seems to differ all over London in times when they leave the natal site, much depends on prey availability, and there is certainly no problem with this in London.

Good to see the adults back, it will be interesting to see if they will visit the new nest box, if so, at this time of year it may be used to stash prey, then again they could ignore it totally, time will tell.

Posted by Dave Morrison at 06:20 No comments:

After another visit I have more or less accepted that they are not going to return as in 2010, this was the case on Sunday with only the adult Falcon seen at Parliament. It could well be that the adults will not return and hold to Victoria Palace until the juveniles have fledged, or at the very least the 2 males.

This is one of those cases that I hope they prove me wrong, certainly different from last year and also shows how behavior can change from one year to the next.

On Sunday I arrived with my wife Christine at 5.15am, I positioned myself so that I could cover Victoria Tower and Big Ben, it was 5.45am before I even saw a Peregrine. I had already accepted that they were not present, no calling or juveniles showing. It was the adult Falcon who first showed, she looked as if she had come in from the west, presumably the nest site, she landed on Victoria Tower. 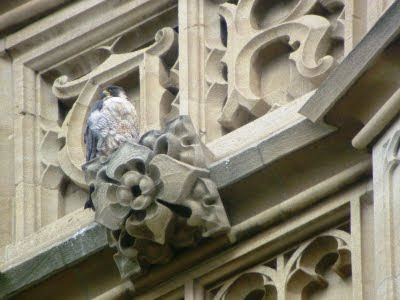 Scoping her shortly afterwards showed a large crop so it was unlikely she was going anywhere, possibly showing the first signs of the lessening of the bond to fledged young in trying to lay up on her own. She was still present when I left 40 minutes later, I was hoping that the juv’s might have followed her, as it was the Tiercel was likely bearing the brunt of feeding the hungry horde.

I decided to visit the natal site and was lucky enough to find a juvenile male on prey, nearly missed him but for the confetti of feathers coming down, as it was the views were not that good. I then searched all the localized buildings, no luck, so probably ranging farther afield.

Decided to call it a day and visit a couple more sites on the way home. 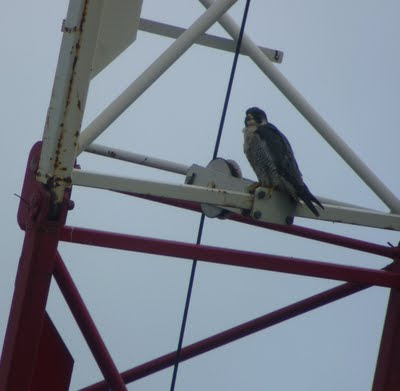 I did a prey collection from an East London site over the weekend, it has not been collected since January, the site fledged 3 juveniles so I was expecting quite a lot. This proved true with a large bag of mixed prey recovered, predominately feral pigeons but also a few I was able to identify myself. All the prey is sent to Ed Drewitt in Bristol, website as follows Ed Drewitt he very kindly identifies everything for me, bones, feathers, feet and all.

From what I saw and photographed other than the pigeons were –

I was not sure whether to post the photos of the prey, I keep them for reference, Peregrines are birds of prey and they eat other birds like many other Raptors, they are doing what comes naturally. In the end I have decided not to as some are very graphic and they may offend.

Without doubt this has been a good year for pairs in London, some new sites have emerged and a couple of pairs have gone wandering from there established nest sites, they have not left, just moved to a different nest site location within there territory.

If I had the time I could find there location, unfortunately you can only do so much over a weekend, and as anyone who watches Peregrines will tell you, most activity seems to happen from dawn.

It would be great if we lived in an ideal world and I and others could name the sites and locations of the various pairs, everyone should be able to enjoy these stunning birds, but due to a mindless few we cant, and I cant see that changing.

Some sites are named, Sutton for one, there are also a few others that it will be impossible to keep low key, Nathalies site at Fulham&Barnes Peregrines is another, due to its location, for the safety of the young at fledging, people have to be made aware that they are present. Its a difficult one, and one that I have gone over many times, more eyes watching or keep it quiet, in this case it may have to be publicized for the juveniles safety, this year showed us that with all 3 juveniles grounding.


Of the sites that I monitor, around 10 pairs, 3 new pairings emerged this year, all holding territory to a building or structure, the gaps between pairs are filling up, I wonder when they will reach capacity in London and the Metropolitan outskirts, or will they just keep expanding?

16 juveniles fledged from these sites so an excellent year and a better return ratio than 2010.This is without the pairs that the LPP monitor so I expect the figure to be considerably higher.

In 2009 Brunel University were commissioned to build a nestbox for Parliament, recently this has been delivered and installed in Victoria Palace facing east over looking the Thames. There has been a few hiccups along the way, hence the long wait.

As nest boxes go it is state of the art and made out of cardboard composite, the design is a little deep inside but this can be leveled up with substrate. Positions for the box on Victoria Tower were a bit limited, it is not as high as I would like, but beggers cant be choosers, it is in position. 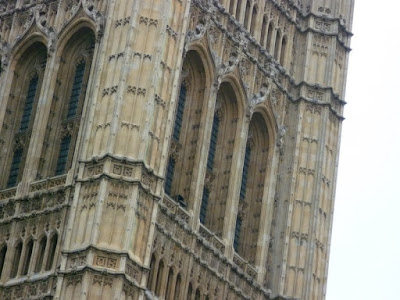 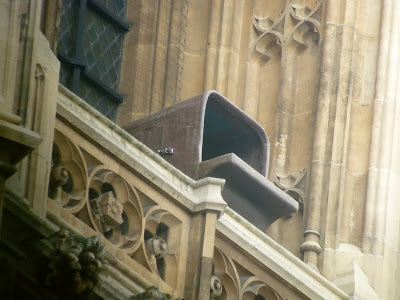 Now that the pair have successfully bred further up river in 2010-11, it could well be that the nestbox may be ignored for various reasons, the natal site will have a strong pull come next years breeding season, time will tell.

Posted by Dave Morrison at 07:34 No comments:

I always said that Peregrines are unpredictable, right from the start, behavior unfortunately differs from one pair to the next, such is the case with the Parliament birds. Based on last years activity and behavior when they returned to Parliament around about July 10th, I expected this years return to be earlier as they fledged and were stronger at an earlier date than in 2010.

Last years brood was 4, 2 females, a male and in betweenie which I could not sex due to size, it was in between male and female. 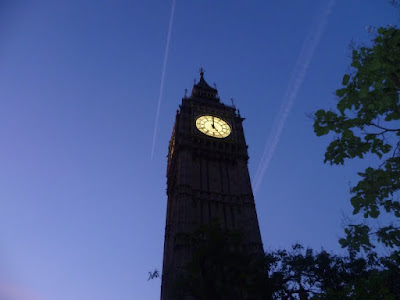 The difference this year is the 2 males, they appear to be calling the shots and are not returning to Parliament, consequently both adults are being pulled back to the natal site or where ever the 2 brothers are. The other juvenile, the female, usually dominant, as from earlier posts, has roosted and has been at Parliament on many occasions, she is on her own, the greater numbers of the 2 brothers pulls the adults of Parliament all the time. If she wants to be fed she has to go also.

On Sundays visit, I gave it a couple of hours from dawn, the only bird present was the adult Tiercel, I found him at roost on the north side, at just after 5.00am he left flying south. I waited another 30 minutes just in case one or two of them were having a late one, but no birds appeared. I then decided to visit the nest site, this was empty also.

With the warm weather the adult female and juveniles could have roosted anywhere within there territory, there was little wind, it was a clear warm night.

As they were not at Parliament and have not been on a number of occasions, I suspect they have another structure within there territory that they favour highly, it could be that there is a good prey source nearby.

A number of people are still waiting to photograph/film them against the backdrop of Parliament, unfortunately the Peregrines are living up to there unpredictability and keeping everyone guessing, including me.

I have no doubt they are visiting every now and then during the day, they are just not staying.
Posted by Dave Morrison at 10:33 No comments: