Referring back to my last Battersea post – Non Breeding Years, the end of 2012 arrived and with it came change, new blood no less, a new female arrived and ousted the resident female. Without doubt this new bird was young, I suspect not having bred before, I could get nowhere near her, it even took me a month or so to realise she was carrying a BTO ring. 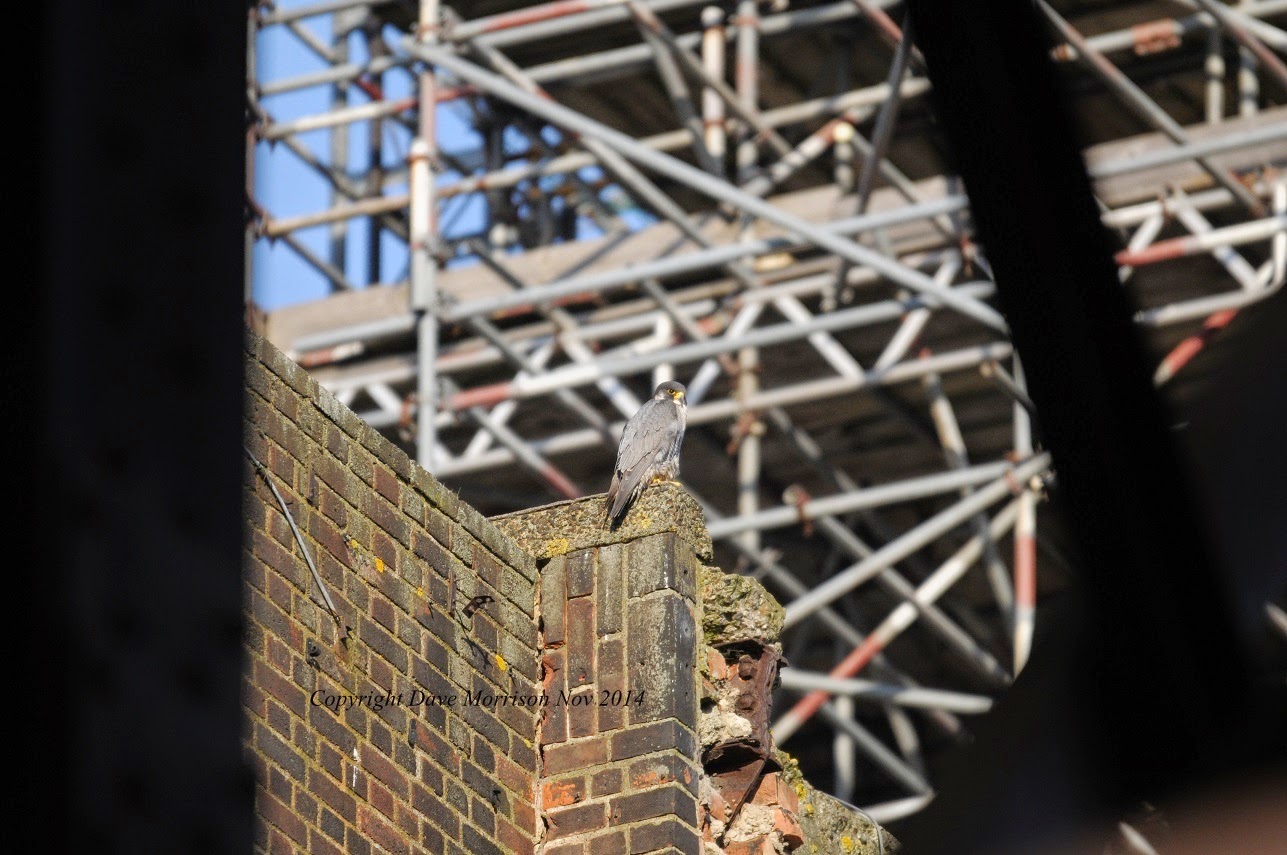 Prior to the winter of 2012 it was decided that the Nest Box Tower on the west side had to be relocated to make way for Phase 1, the idea at the time was to position it with a new walk-in design nest box to the eastern side.

However it was decided after a structural survey to replace the old one and the team at Battersea Power Station installed a brand new tower, at great expense I might add. This and the original tower were ground breaking mitigation measures, it was now up to the Peregrines, would they accept it? 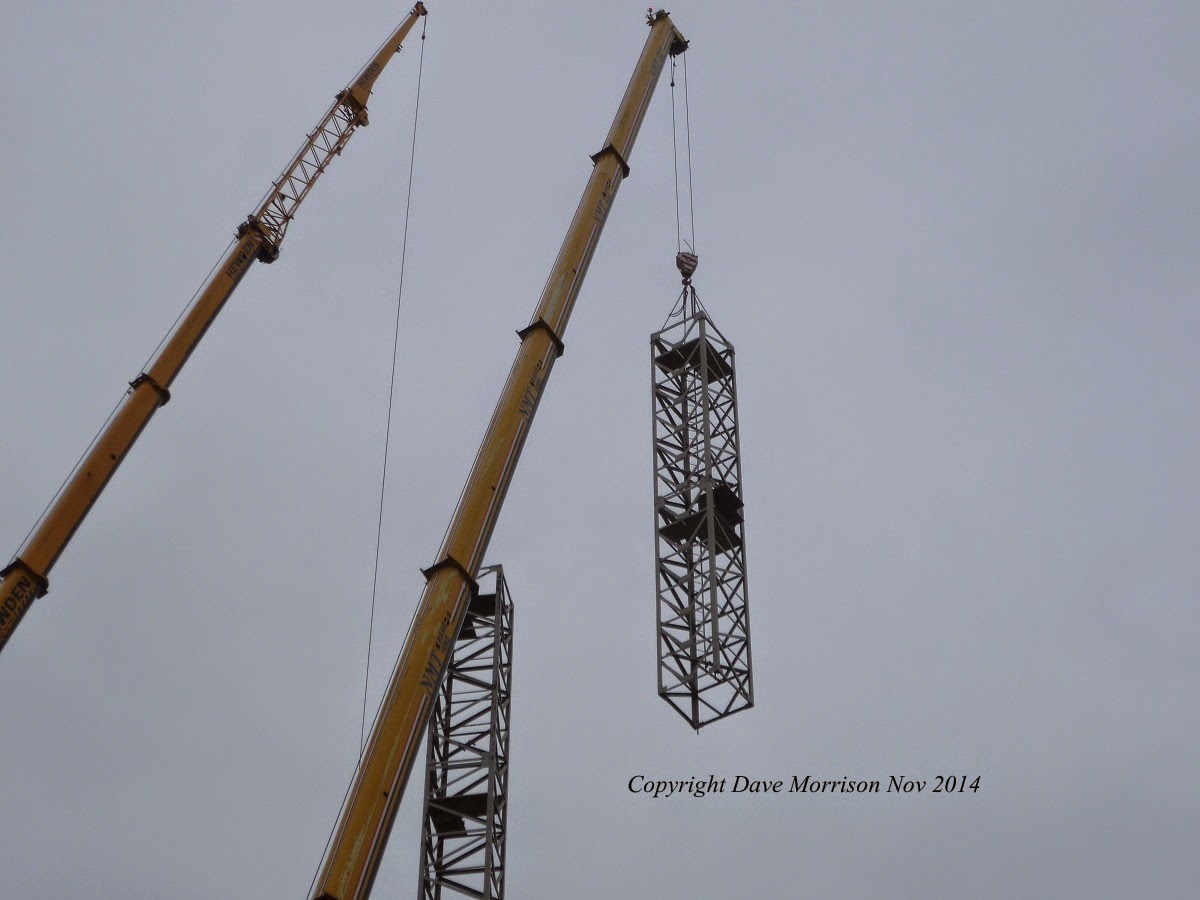 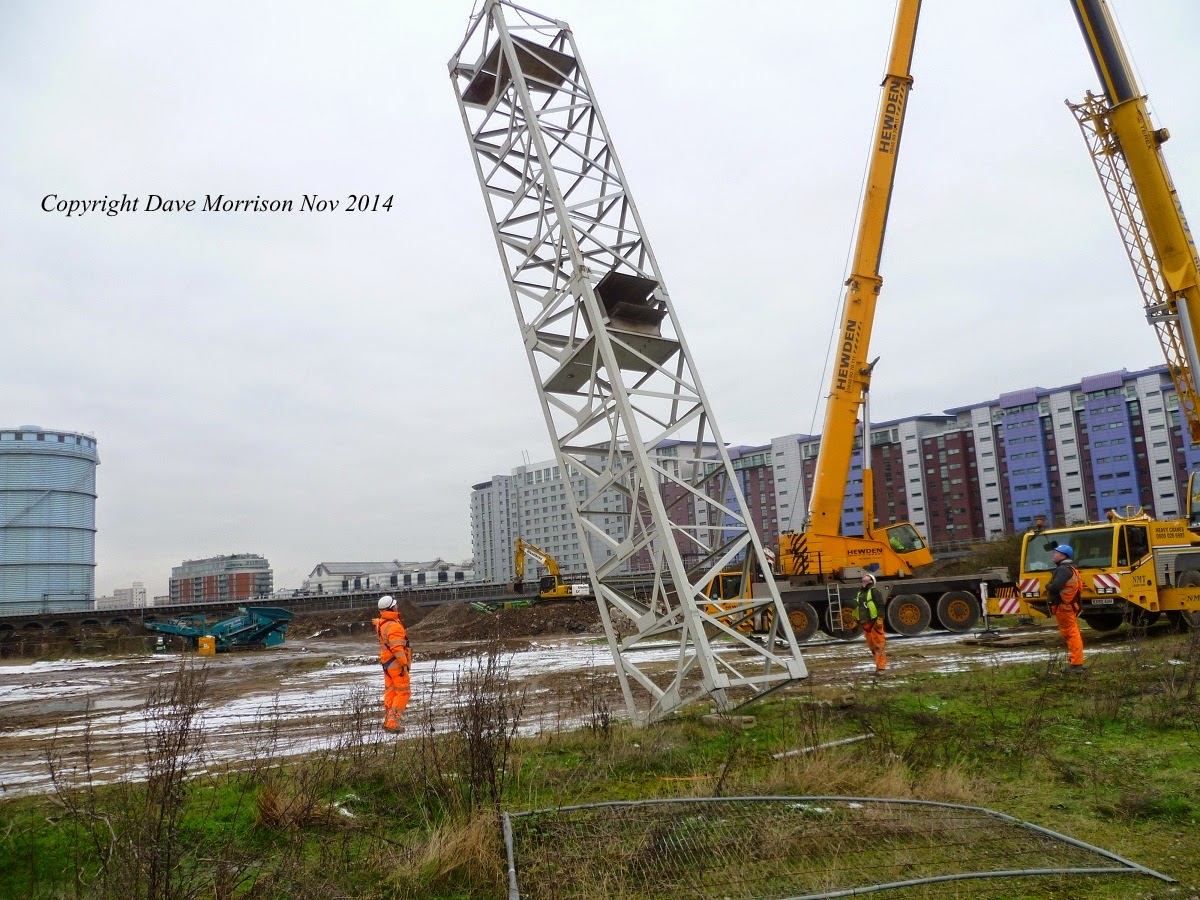 I made a new nest box of the walk in design, more favoured by peregrines now, and the Peregrine tower and nest box was installed in February 2013.

Peregrines being peregrines, unfortunately this new female had other ideas, she had already selected a position inside one of the Wash Towers inside the Power Station, this was despite the Tiercel occupying the new tower and trying to get the new falcon to accept it.

She landed on and went into the nest box on a couple of occasions, and so, as you could imagine, hopes were high at the time.
Not surprisingly both I and the Battersea team were disappointed, however I am more used to the unpredictability of peregrines and never take anything for granted until I see them sitting on eggs.

There is probably no defining reason why she chose the Wash Tower position, it could be that there were similarities with her own natal site, or the fact that she roosted inside the Wash Towers and may have felt more comfortable there, who knows?

As we progressed I located the nest under licence, 4 eggs were present and various measures were put in place, with advice and support from Natural England. 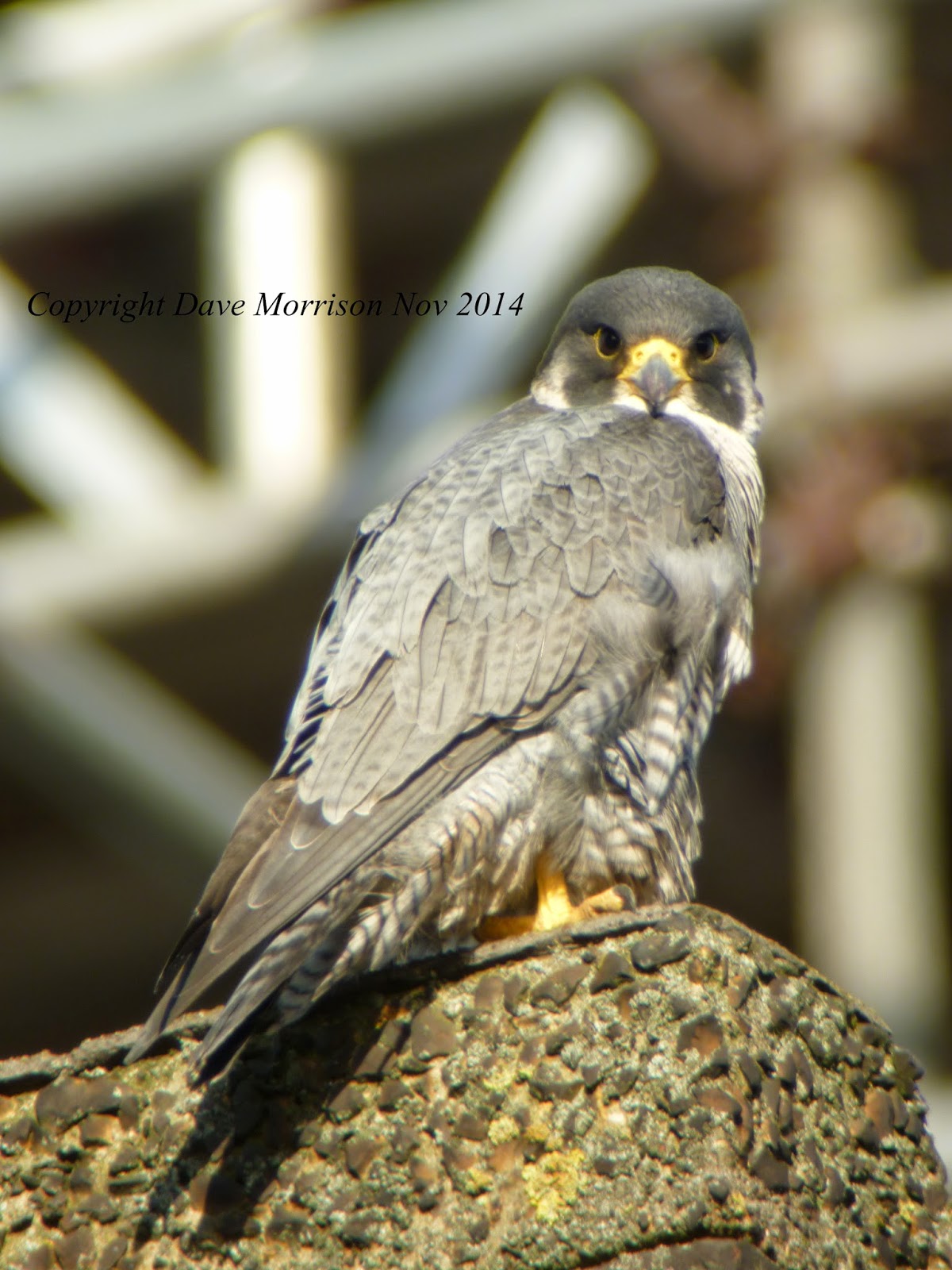 These measures included closing off the whole west roof and external hoist to make sure they were not disturbed in any way whatsoever, full marks to the team at the Power Station for swift action.

With work underway on some parts of the Power Station it was not easy, peregrines need a large exclusion zone so we had to make sure that nothing interfered with breeding.

Some works were put on hold or rescheduled.

It worked and 2 of the 4 eggs hatched in early May, I watched them distantly for the next month and in early June they fledged.
The inside of the Power Station is a maze of horizontal and vertical girders, the grounding issue never arose as both juveniles, a male and a female, simply girder-hopped all the way to the top with short flights.

As I have mentioned before urban foxes are a big threat to juvenile peregrines on grounding, the Power Station is no different and has a healthy population being derelict for so long.

Over the next few months the 2 juveniles became minor celebrities, enjoyed by all who saw them on site, they were hard to ignore as they tail chased each other screaming around the Power Station, at times only 20 foot off the ground.
In the middle of a major construction site in Central London, to see these 2 little Herbert’s low level flying amongst all the machinery and activity was at times surreal.
For the first time since 2007 peregrines had successfully bred at Battersea Power Station, for me and all involved it was a success story and owed much to the Power Station team and their commitment to the birds. 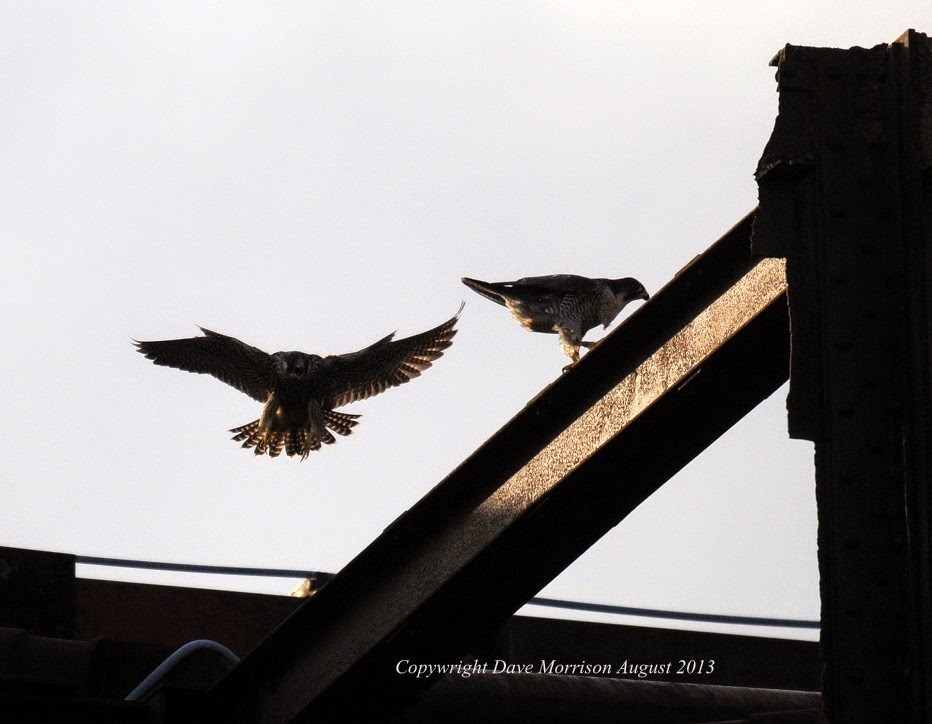 The 2 juveniles were last seen around the start of October, the little male not taking the hint by the adults stopping feeding him, he was finally sent on his way by the adult female.

The task for 2014 was now going to be, how do we get them off the Power Station and into the new tower…… quite a story.